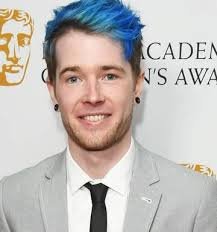 His channel has been listed among the top YouTube channels in the United Kingdom. In July 2015, he was listed as one of the most popular YouTubers in the world by viewership. He has won several Kids' Choice Awards and set Guinness World Records for his gaming and presenting. In 2017, Middleton topped the Forbes list of Highest-Paid YouTube Stars,  As of June 2020, his YouTube channel has reached over 23.3 million subscribers, 17 billion video views, and has posted more than 3,400 videos.