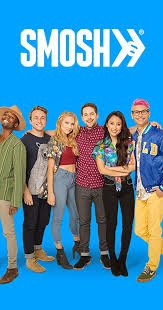 Smosh is an American sketch comedy YouTube channel created by Anthony Padilla and Ian Hecox.In 2002, Padilla created a website named "smosh.com" for making flash animations, and he was later joined by Hecox. Soon afterward, they began to post videos on Smosh's YouTube channel in the autumn of 2005 and quickly became one of the most popular channels on the site. As of May 2019, the Smosh channel has over 9.5 billion video views and over 25 million subscribers, putting it just outside of the top 50 most subscribed channels on YouTube, after having previously spent 3 separate periods as the most subscribed channel on the platform.