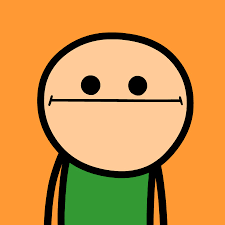 Cyanide & Happiness (C&H) is a webcomic written and illustrated by Rob DenBleyker, Kris Wilson, Dave McElfatrick and formerly Matt Melvin published on their website explosm.net. It was created and started running daily on January 25, 2005. It has appeared on social networking sites such as Myspace,  Quora, LiveJournal, and Facebook, where, in April 2006, it had generated more than a million visits per week.

The comic's authors attribute its success to its often controversial nature, and the series is noted for its dark humor and sometimes surrealistic approach. Cyanide & Happiness characters were used in the television advertisements for Orange Mobile's Orange Wednesdays.